It’s April 30, 2019 in Tokyo as I write this, and just a few hours from now, Emperor Akihito at age 85 will abdicate and bring to an end the Heisei era, with the new Reiwa era beginning on May 1st as his son Naruhito ascends the throne. I left Japan in 1989, just months after Emperor Hirohito had died, ending the tumultuous Showa era.

In the middle of the June rains, just as the first coins marked 平成元年 (Heisei Year One) had begun entering circulation, I bought my last cucumber rolls at the Narita Airport sushi restaurant and boarded a 747 for America. I have not returned in 30 years.

Despite spending my formative years in Japan from birth to the age of 15 (I’ve written before about the sense of displacement and alienation I felt visiting American military bases, and how I identified with Japanese sumo wrestler Chiyonofuji as my childhood hero), the names and personalities of all those men in stiff suits mean nothing to me compared to the beauty, grace, and kindness of one woman.

Miss Michiko Shoda, a commoner, met her future husband on the tennis court in the resort town of Karuizawa in 1957. Thirty years later, the Crown Princess and Crown Prince Akihito continued to spend part of each summer there, traveling by motorcade from the Imperial Palace in Tokyo. They also sometimes spent time at the Hayama Imperial Villa near Kamakura, traveling southwest from Tokyo through Yokohama, right past our house.

When we heard on the news that the Imperial Family would be traveling through Yokohama, we would wait for traffic to begin backing up on our street as the police escort stopped all traffic on the roads for kilometers on either side of the motorcade. My brother, the neighbor kids, and I would all walk down to the sidewalk next to the Hodogaya Bypass and stand in a row to wave at the black cars as they whizzed past.

But the year after our first in Yokohama, the second time we watched the police escort roar by on their motorcycles, we noticed that one of the great big black cars was slowing down. As it approached where we stood by the side of the road, a heavily tinted window began to roll down. Just as the car drove past us, a single, white-gloved hand extended from the window and waved. Behind that hand, we glimpsed the Crown Princess beneath a pillbox hat.

Each year thereafter, we lined up next to the bypass whenever the Royal Family traveled between Hayama and Tokyo. Without fail, the Crown Princess made it a point to acknowledge this strange assemblage of American and Japanese children furiously waving handmade flags by the side of the road.

In the years since, Emperor Akihito has forged a path of peace for himself, visiting former enemies and expressing profound regret and sadness for the horrors of war inflicted in the name of his father upon countless millions around the Pacific rim — a far cry from modern Japanese politicians like Prime Minister Abe, hellbent on erasing the lessons learned from the past and re-militarizing the Japanese nation-state. Unlike far too many of my fellow Americans who seem to long for kingship, I’ve never been particularly interested in royal-watching — I never shared my mother’s obsession with Princess Diana, for example. I deeply object to the cost of maintaining an aristocracy at the expense of everyday people, no matter how bound to national identity or tradition royalty may be.

And yet, there’s something to be said for the example set by symbolic, apolitical heads of state like Emperor Akihito and Empress Michiko. Despite my objections to the very idea of royalty, I have profound respect for both Emperor Akihito and Empress Michiko as fellow human beings. One can hope that Crown Prince Naruhito will follow a similar, modernizing path as he ascends the Chrysanthemum Throne on May 1st.

As I write this, I’m one month away from my first trip home to Japan in 30 years — the exact span of the Heisei era. Japan will always remain my true homeland, no matter what I look like on the outside and no matter how long I spend away from the country of my birth and childhood. I’m incredibly excited, but also somewhat fearful of the change I’ll find. As I sit at sushi and ramen counters here in the US and chat with sushi chefs and noodle cooks, I hear about how so much Tokyo in particular has changed since they’ve come to the US themselves, often in just a few years compared to my three decades. What will Harajuku and Meiji Shrine look like nearly 45 years after my first visit? 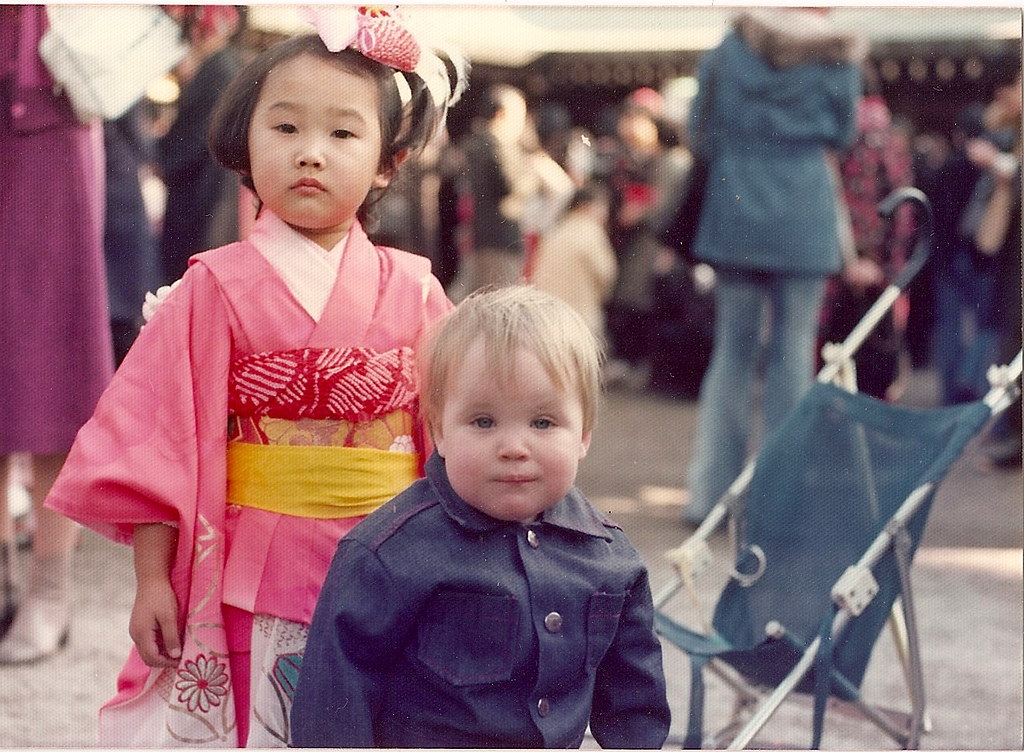 Perhaps there is indeed something beautiful in the existence of royalty in modern democracies like Japan, Sweden, and Great Britain where their powers have been constitutionally circumscribed by elected representatives of their erstwhile subjects: Royal households provide cultural continuity that no term-limited politician can, while retaining enough respect and moral authority to influence positive change in their countries and abroad.

I wish their Imperial Majesties a long and happy retirement. And if I can’t wish for the abolition of the Imperial institution, I can certainly wish for a peaceful and prosperous Reiwa era led by good, kind people like their predecessors.